How eSports is changing the gaming industry for the better 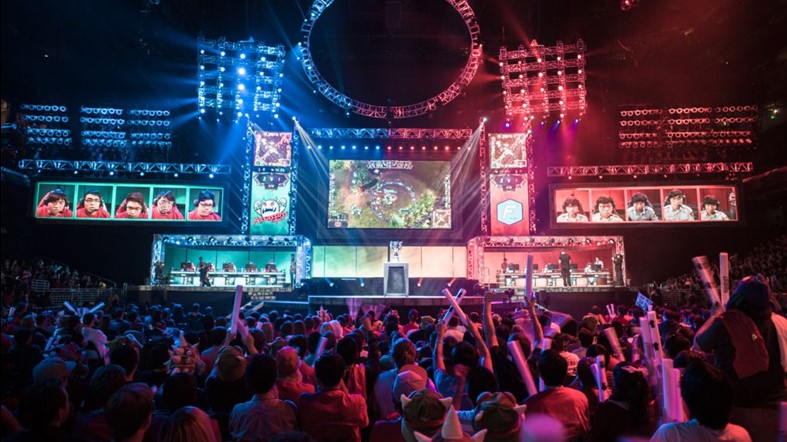 eSports is the term used to describe competitive computer gaming, and it’s increasingly involving professional computer game players. eSports is just the latest version of our continuing obsession with competitive achievement, which fuels industries and creates commercial associations with all kinds of sporting endeavours, from tennis to football, and from the smallest local competition to the greatest global championship. In recent years, competitive digital gaming has swelled the ranks and, despite some debate amongst analysts and experts, it has come to be recognised as a fully-fledged sport.

One thing that competitive computer gaming shares with more conventional sports is the sense of excitement and adventure, where the outcome to a fiercely fought match can’t be known until the very end.

Clearly, eSports is still in its infancy and the competitions and titles that exist now will probably change in the future. Advances in virtual reality technologies mean that both creators and consumers are about to embark on a more fully immersive and interactive experience than ever before. We may well see fans taking part in tournaments remotely across the globe in collaboration with their favourite professional players, or see social media influence how tournaments are scored and designed. No matter how sleek the new League of Legends Championship might seem, it’s likely that the matches, the rules, the organization, the media, and the fan base, will all change in the coming years. Take the sums of money involved, for example. At pubs and bars around the country one of the most common topics of conversation topic is the increasingly large sums of money involved in conventional sports. With billionaire owners, multi-million-pound player wages, and billion-pound sponsorship deals dominating the sports pages each week, it is fair to assume that similar financial issues will accompany the advance of eSports. However, in comparison to some traditional sports eSports have an exceptionally close connection with money and marketing.

Knowing the high costs of game development, it’s good to remind UK game developers that they can benefit from Video Games Tax Relief (VGTR). VGTR is now worth up to 20% of qualifying production costs of a game, and in addition they may qualify for R&D tax relief for some of their development expenditure as well.

This is timely news for game developers. Despite the fact that most eSport tournaments take place online with participants scattered across the globe, now is a great time for UK game studios, both start-ups and established companies, to create new innovative gaming titles, which could easily amass a large community of competitive followers. There’s still much work to be done if the UK games industry wants to take a significant role in eSports, but all the signs are very positive for developers, gamers, and investors. The extra financial incentive from VGTR and R&D Tax credits could really make a difference, too.