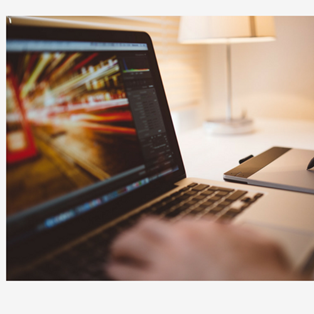 The UK government has been offering Video Games Tax Relief for around 4 years now and its seen a significant amount of success with developers and their projects, having provided around £73m of funds in the last 12 months alone, the continued growth of the initiative looks assured.

The latest data unveiled by HM Revenue & Customs, released by trade body UKIE of which Myriad Associates is a member, identifies that relief payouts have grown every year by 60%, stated as £45.5m for April 2015 to March 2016.

From April 2016 to March 2017, game studios successfully made over 280 claims – an increase of 115% from the 130 claims paid out the year before. Since VGTR was launched in 2014 over 420 claims have been made in total, with a payout of almost £120m. All together, 835 game titles have applied for accreditation for the scheme, with 375 so far being granted an interim certificate and around 400 qualifying for a final one.

Of the games that have requested tax relief since its introduction, 90 titles were finalized over the past year and represented a UK outflow of £163m. The 775 qualified games account for a total UK expenditure of £1.6bn. UKIE notes the 2016/17 numbers may still rise as HMRC continues to accept new applications.

The motion picture industry has also seen a significant uptake thanks to the foundation laid by VGTR. New statistics issued by HMRC disclose that the number of claims for Film Tax Relief (FTR) reached a record high in 2016-17 as the film industry stepped up its actions in the UK. Film companies made 630 claims for FTR in 2016-17, up from 535 in the previous year. In total, HMRC paid out £415m to the UK film industry, a 23 per cent rise from 2015-16.

Film tax relief allows suitable businesses to make a deduction in their taxable profits, and those which don’t make a profit can submit the tax relief for a payable tax credit. To qualify, films must either pass a cultural test or be a qualifying co-production. At least 10 per cent of the total production costs must relate to activities in the UK. In times of public expenditure pressure, these tax reliefs can always be under scrutiny. It is to be hoped that the Government continues to recognise the value of these reliefs, and the economic assistance that they bring.

Myriad Associates are leading experts in helping businesses maximise public funding for their research and development activities through R&D Grants, R&D Tax Credits, and Video Games Tax Relief (VGTR). If you would like to discuss any aspect of R&D grant funding, R&D tax relief, or VGTR please contact us today for a free, no-obligation consultation. We look forward to hearing from you.