Innovation Funding and Its Impact on R&D Tax Credits

The United Kingdom faces a productivity conundrum. Once one of the most powerful economies on the planet, the UK has seen its productivity and economic growth lag behind global peers in recent decades. 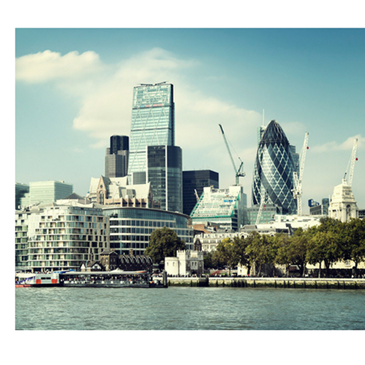 A government report in 2015 pointed out that labour productivity in the UK had nearly flatlined since 2007. Not only was the country’s productivity 17% lower than the G7 average, but it was also 31% behind the US, 28% behind Germany, and 27% behind France in terms of productivity. Stagnant productivity growth has a negative impact on real incomes and living standards across the country.

Economists suggest a simple remedy for this problem: Innovation.

Innovative countries thrive in the modern global economy. A focus on risk-taking, entrepreneurship, and invention has helped Germany stand out as the most resilient economy in Europe and has helped the United States sustain its lead on the world stage. Economists have measured a 2.2% gain in GDP growth rates for every 1% increase in research and development (R&D) expenditure in a country.

The Changing Nature of Innovation Funding

The UK government’s efforts to encourage innovation has changed over the past few decades. Meanwhile, companies have been inspired by tech giants and successful startups from across the pond to invest in new techniques and cutting-edge technologies.

While businesses tinker with ways to transform their operations and gain a competitive advantage, the government is on a mission to encourage and support these efforts. The most important element of this mission is the government’s R&D Tax Credits scheme which was launched in 2001 and has been expanded regularly since then. These tax credits offer businesses of all sizes from different industries incentives to boost research and development investments.

The scheme has been a resounding success. Since 2001, every pound of tax credits has encouraged between £1.53 and £2.35 in R&D investments. 28,500 small and medium-sized businesses have benefited from the scheme and the government has spent over £9.5 billion over the years trying to boost innovation.

A Shift in Innovation Funding

In order to stay competitive, the UK government is updating many of these initiatives focused on innovation and research. In the next few years, the government will establish the UK Research and Innovation (UKRI) and the Office for Students (OfS), while modifying the Research Excellence Framework.

Meanwhile, Innovate UK continues to support and fund new startups in one of the four key areas of growth for the British economy: technology, healthcare, infrastructure, and manufacturing or materials sciences. This year the agency will invest over £19 million in the most promising startups from these fields.

In the recent Autumn Budget, the government announced an increase in the rate of R&D tax credits, from 11% to 12%. Although this may seem like a modest increase, it is actually the largest boost to the R&D tax credit scheme in over 40 years. The government is adding £2.3 billion to R&D tax credit program from the National Productivity Investment Fund (NPIF), expanding the scheme further.

In conclusion Innovation funding helps lower costs of research and development while boosting profits and sustainable margins for the long-term. With incentives and government-sponsored funds, business leaders can make long-term decisions on moving their enterprise forward. This should have a real impact on economic growth and living standards across Britain.