Ever since the UK’s tax relief programme for research and development expenses was introduced in 2001, hundreds of thousands of businesses have filed claims for credits. The scheme has rewarded over £6.5 billion businesses over this period and has continued to increase year after year. 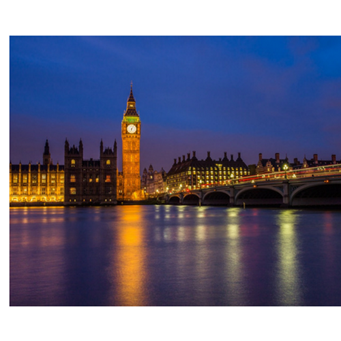 In 2018, the scheme is expected to grow even further. More business of all sizes from different industries are expected to file a claim for R&D Tax Credits. Here’s how this programme is likely to impact the economy and technical innovation in country over the coming year:

Changes in the Autumn Budget

In the recent Autumn Budget back in 2017 included some particular alterations to the RDEC R&D tax credit scheme. These changes in the budget are considered open to large and small businesses who rely on the scheme to balance R&D expenses with tax credits.

The most important change is the increased rate for tax credits under RDEC. This is the second increase to the programme’s rate since April 2013. The rate of tax credits in 2018 is 12%. Together with the new 19% corporation tax rate, which is a significant advantage for large companies. Based on the corporation tax rate and the RDEC tax credit rate, a large company in Britain can expect to gain £9.70 for every £100 in R&D expenses.

Although small and medium-sized businesses make more claims than larger ones, they have not seen similarly bountiful improvements to their rates under the SME R&D tax credit scheme. However, these businesses can still maximize their tax benefits through consulting firms and online platforms such as Tax Cloud.

There’s no doubt that the R&D tax credit scheme has assisted in the growth of innovation and research across the economy. With a more extensive program on the horizon for 2018, these tax credits should fuel business confidence and economic growth for the foreseeable future.

Despite a challenging 2017, most businesses remain optimistic for 2018. Nearly 65% of British businesses expect high yield in growth, turnover, and productivity in the coming year. 78% of these businesses operate in the manufacturing, engineering, IT and life sciences sectors.

In other words, British businesses are confident and research-intensive industries are more optimistic this year. Although a lot of these businesses claim cash flow is one of their biggest challenges, only a third of them claim tax relief under the R&D tax credit scheme.

2018 could see an increase in small and medium sized enterprises from different industries claiming these credits for the first time. This rise has been boosted by industry groups and think tanks. These groups are now calling on the government to simplify the process and are encouraging design firms to make claims against the costs of their innovative design techniques and supply chain alteration. Other industries could follow suit as awareness about this program grows.

Know your basic research from your incremental innovation? When it comes to innovation, you need to know what you’re talking about - especially around funding it.

HMRC previously paused some R&D tax relief payments while they investigate an increase in irregular claims. See the latest update.