FASTaFix Limited is an innovative designer and manufacture of water saving taps. The team at FASTaFIX have over 70 years experience in engineering, tap design and manufacture.

FASTaFIX approached Myriad Associates to assist in their search for grant funding for their innovative R&D Project.

FASTaFIX’s proposed project had a number of social, environment and economic benefits, and therefore, made them ideal candidates for R&D Grant Funding.

Initially, Myriad Associates’ R&D Grant Consultant spoke with the FASTaFIX team to obtain an overview of the proposed R&D Project.

It was decided that the most suitable R&D Grant Competition for the PressaTap Project was an Innovate UK – Prototype Development Grant. 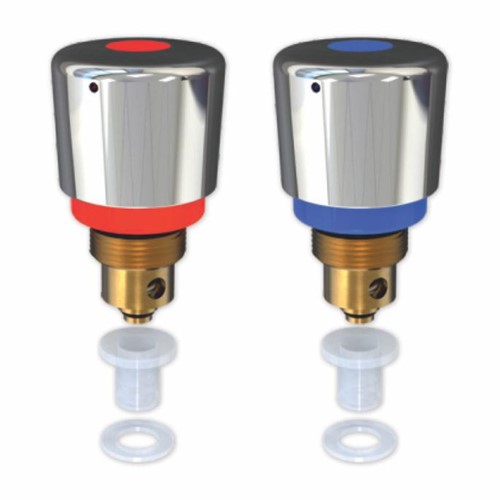 The PressaTap Project sought to achieve an advancement in “Air Pressure Tap Technology”. The concept was the design and manufacture of a retro fit cartridge which would reduce water wastage.

The largest causes of water wastage are dripping taps and taps left running for no reason. The PressaTap technology featured an adjustable air pressure time delay mechanism, as opposed to a spring mechanism, which would lead to improved reliability and reduced maintenance.

The PressaTap R&D Project aimed to develop a working prototype of FASTaFIX’s patented technology, which had only been achieved conceptually at the time.

The Myriad Associates team researched, prepared and wrote the entire R&D Grant Application on FASTaFIX’s behalf, which also ensured that their time throughout the whole process was minimised.

The draft R&D Grant Application was presented to FASTaFIX for approval. Myriad Associates then completed the online registration and application process as well as managing all on-going correspondence with Innovate UK (TSB).

Please contact us to discuss how working with Myriad Associates can maximise and secure R&D funding opportunities for your business.