R&D Tax Credits is a tax relief scheme under HMRC aimed at boosting business innovation and intellectual property across the country. The latest annual report published by the HMRC revealed that the number of SMEs claiming R&D Tax Credits has increased significantly, from 15,585 in 2013-14 to 34,060 in and 2016-17. 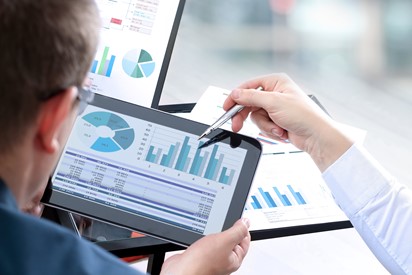 This is good news for SMEs businesses and start-ups focusing on innovation across the country. If you haven’t tapped into the R&D Tax Credit scheme then you might be missing out. That said, let’s look at the 5 surprising statistics about R&D tax credits from the latest data available.

The HMRC statistics have revealed that the total amount of R&D tax credit claimed has hit a new high. The figures show that there was 39,960 R&D tax credit claims for 2016-17, a significant increase from 26,255 registered in 2015-16. This translates to £3.5bn of R&D tax relief support that has been claimed for 2016-17, compared to £24.9bn of R&D expenditure. As a matter of fact, these figures are expected to increase as more returns are received. This means that we have more companies benefiting from the R&D tax relief claim for innovating in the UK.

More Investment In Research and Development

The UK Government, through the Research and Development Expenditure Credits (RDEC) Scheme, Small and Medium-sized Enterprise (SME) Scheme and Large Company Scheme, is enabling more firms to reduce costs of production and become more competitive. Up until now, almost £3.5bn of support has been claimed, and this is expected to go beyond the £3.5bn that was claimed for 2016-17.

The UK government, through its Industrial Strategy, is working towards ensuring that enough resources go to innovation. This has enabled the SMEs to thrive. Out of the 39,960 R&D tax credit claims for 2016-17, 34,060 belong in the SME R&D scheme, 18,475 more than the number recorded in 2013-14. This shows that more and more SMEs are benefiting from these schemes if these numbers are anything to go by. This is great news for those involved, if you haven’t considered applying for any schemes yet, then you’re missing out.

No Minimum Expenditure For First-Time Applications

Previously, one would be required to have spent a minimum of £10,000 on R&D. The removal of this requirement has seen an increase in the number of first-time applications, as anyone can now apply for the R&D tax relief.

Until 1 April 2017, loss-making SMEs could submit VRR deductions for cash payment. This has now been removed. It is only available for large companies, and even so, can only be claimed using the deduction option. In other words, you can no longer claim payable credits for VRR. However, this move is expected to have a negligible impact on the Exchequer.

Looking back at the figures, it’s quite evident that innovative businesses in the UK are making more of the R&D tax relief. Regardless of the size of your business, there’s money available to reward your innovation.

To learn more about R&D tax credits and whether you could claim, simply click here and we’ll call you back to discuss your project. Our team of advisors are knowledgeable, professional, friendly, and will help you determine your eligibility at no cost.