Is The Future Of VR Still Mobile?

Mobile virtual reality headsets made VR super accessible to millions of people, but as of this month, they’re (unofficially at least) being consigned to the history books. The Oculus smartphone-powered Gear VR mobile headset has been officially discontinued, with Google revealing it’s also planning the same with the Daydream View mobile headset whilst omitting Daydream support from its new Pixel 4 phone. Although the app will continue to work on older phones, Google is now cutting its ties with a platform it once held dear.

Unveiled in 2016, Daydream followed up on Google’s very simple phone-powered Cardboard headset. At that point, Google predicted it would have “hundreds of millions of users” on Daydream-compatible phones over the next few years. However, fast forward to 2019 and sadly there isn’t a single current-generation phone that will support it. The expected consumer and developer adoption just didn’t happen, and usage of the Daydream View headset has been decreasing since. 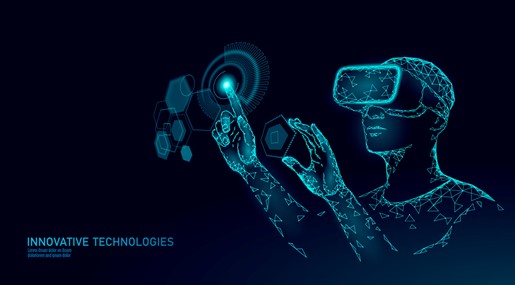 The reasons for this are perhaps not surprising. Cardboard had made Virtual Reality very accessible but it was an incredibly cheap, disposable product designed only for short experiences. Undergoing the jump to a consumer headset then proved difficult. There was huge potential in smartphone VR as it was highly portable so the user could have an immersive experience on the go. But as time passed it became apparent that it had some very notable limitations. Google found that people didn’t like losing the use of their phones temporarily, as Daydream essentially needed to be launched into a separate app ecosystem. Additionally, immersive 3D apps were very quick to drain precious battery life, and many users have complained that the Gear VR’s set up is “fiddly”.

Phone-based VR also couldn’t provide the same intense physical play experience as the Playstation VR, HTC Vive or Oculus Rift. As developers began to learn what really worked in VR, this fact became more and more obvious. Mobile headsets were perfect for enjoying VR videos, but VR video was difficult to make and monetise, with early companies like Jaunt and Within gradually moving their efforts towards augmented reality instead. Google later took on several popular VR apps, including the very well-liked painting tool Tilt Brush, but the majority of them required more expensive, higher spec headsets. Meanwhile, self-contained headsets were becoming cheaper and more sophisticated, with the addition of inside-out tracking and hand controllers.

It seems that Google has not taken full advantage of standalone VR and has somewhat missed the boat. It initially partnered with Lenovo and HTC on two further Daydream headsets, but HTC came out of the deal whilst Lenovo’s Mirage Solo was, in effect, a development kit. Simple mobile headsets are essentially just a box with lenses, and basic VR apps are not particularly tricky to make either. But with Google and Samsung turning their backs on Daydream and the Gear VR, the dream of a fully-fledged mobile phone-based VR platform seems all but over.

So what does this mean for the rest of the VR world?

Despite the demise of smartphone VR, Virtual Reality as a technology is still booming. It’s a fast-paced highly innovative sphere with applications being developed in a variety of domains such as architecture, education, digital marketing, history, entertainment, engineering and healthcare to name just a few.

Medicine is regarded as being one of the most significant beneficiaries of VR, through the development of surgery simulation. It’s particularly useful as a training aid, enabling surgeons to carry out an operation on a ‘virtual patient’ or to look inside a virtual human body. It’s also excellent as a diagnostic tool, offering a more detailed view of the anatomy in comparison to scans and X-rays.

Virtual reality is also a vital tool in aviation. Three dimensional planes can be created which allow the designer to test their prototype without needing to have several versions. This makes the process less time-consuming and costly. It is much easier and cheaper to make changes to the simulation, instead of having to plan, develop and build a new airliner.

These are just two examples and there are likely to be thousands more that we’ve never even heard of, many of which are still at the design stage - and is where innovation comes in. The world of Virtual Reality moves so fast that things like market awareness and interaction standards can also change and progress in just a few weeks or months.

What financial help is available for companies innovating in Virtual Reality?

With technological change happening at such a pace it’s easy to be left behind, especially if it’s simply because companies are struggling to find the money to innovate. The UK government has long recognised that innovation is expensive, which is where Research and Development (R&D) Tax Credits can offer a lifeline.

R&D Tax Credits are a tax incentive designed to boost innovation and enhance spending on R&D activities that UK companies undertake. It’s a very popular and generous incentive, allowing up to 33.35% of a company’s R&D expenditure to be used against its Corporation Tax liability or a cash payment.

Many businesses are still not aware that they are eligible for R&D Tax Credits and many aren’t claiming their full entitlement - but Myriad Associates can help. Find out more about R&D Tax Credits on our website and how you can make a claim.

Many companies working in the field of VR will also be developing video games or similar. VGTR is like R&D Tax Credits in that it offers a relief from HMRC to be used against a company’s Corporation Tax liability.

To be eligible for VGTR, a company must have been responsible for the majority of the planning, developing, designing, testing and production of a game. At least 25% of its qualifying costs must also have been incurred in the European Economic Area.

Think VGTR could be relevant for your company? Again you can find out more about VGTR on our website.

Here at Myriad Associates we are highly experienced in handling all aspect of R&D Tax Credits and VGTR reliefs. We will get to know you and your company so that we can advise you accurately on what you can claim for and how best to do it.

Call our friendly team now on 0207 118 6045 or use our contact page and we’ll be pleased to discuss your requirements.

Last week the government released its annual R&D tax relief data, based on R&D Tax Credit claims submitted to HMRC by UK companies up until the 30th April 2021.

Guest blog: 5 ways to maximise your relationship with your accountant

Written for our partners Be Your Own. Ask anyone what an accountant does and they’ll probably all say the same thing. But actually, by nurturing a good working relationship, your accountant can help you achieve so much more.

Software developers are losing out on £000′s of R&D Tax Credits simply due to bad accounting. This is really shocking, because in these tough economic times every avenue to extra funding should be maximised.