Philip Hammond maintains the UK is on a technological expedition, and backed that notion up with an R&D tax credits and investment growth. During the chancellor’s Autumn Budget, a key part of his speech was all about accepting change, the future and technological developments that come with them, which resulted in emphasis on R&D tax credits. He went onto say that main R&D tax credits scheme would be enlarged from 11 per cent to 12 per cent. 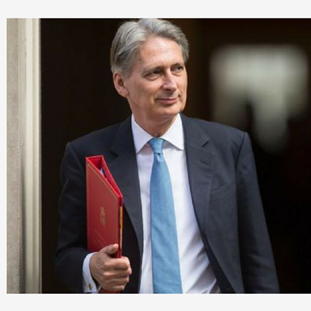 However, Hammond’s focus was more orientated towards the Research and Development Expenditure Credits (RDEC), rather than R&D Relief for small businesses with employees under 500 people. The chancellor has expanded the Research and Development tax credit by one per cent but has left the rate for SME’s intact. Whilst the current system for SMEs is still more valuable, restraining the increase to R&D tax credits for the large company scheme sends a mixed message to British businesses.

R&D tax credits is a current relief which encourages investment and generates jobs, the question persists that why should only big business benefit when it’s our smaller businesses we need to be supporting. Nevertheless, others believe that companies should consider themselves fortunate that the chancellor is paying attention by supporting R&D tax credits at all.

With £2.3bn R&D investment assured, the Budget document claims this is “the largest boost to R&D provision for 40 years. The White Paper supporting the budget announcement has a lot to say about funding for innovation, which, put together with the Budget announcement raising the RDEC rate to 12% (giving approximately 9.7% net relief) sounds very positive for us. However, we should be aware that the publication of this paper has prompted at least one economic think tank, the Institute for Public Policy Research (IPPR) to renew its criticism of the R&D tax relief system.

Writing in the Guardian, Michael Jacobs of the IPPR wrote:
"Most public spending on R&D does not take the form of the grants which the government has announced. It comes through R&D tax credits and “patent box” tax breaks, which together cost around £3.6bn a year. These go largely to big companies, mainly in the pharmaceuticals sector. Yet analysis suggests between 57% and 80% of these are likely to be dead-weight, funding activities which would have happened anyway." There is a strong case for shifting the focus of spending away from these tax credits to more direct spending.

The general consensus among observers is that the government needs to drive better consciousness of what establishes R&D in order that the many companies accomplishing it unwittingly can take advantage of the profitable tax reliefs available. The lack of knowledge neighboring what constitutes R&D is an essential issue as the money companies get back through R&D tax credits is generally reinvested in further R&D, which is a virtuous circle for any economy seeking to increase its productivity and compete on the international stage.

Vegan and non-vegan: Can you taste the difference?

Veganism is a trend that’s growing fast. It’s one which retailers and food manufacturers should ignore at their peril.

Research and development can be expensive. But as more and more companies realise the very generous tax reliefs available to help, claims have been steadily increasing. The stats are out - here we take a look.

R&D Tax Credits: Subcontractor and EPW rules are changing - will you be affected?

Subcontractor R&D Tax Credit rules are being reviewed. If your company subcontracts its R&D activities - particularly abroad - then this is for you.