Everything You Ever Needed To Know About RDEC

The R&D Tax Credits relief scheme is divided into two branches - the SME scheme (which most applications come under) and the RDEC scheme (used for larger companies as well as those who have previously availed of state-funded grants).

Here we take a look at the key features of the RDEC in particular, explaining the details, benefits and how we can advise you on your claim for the maximum chance of success. 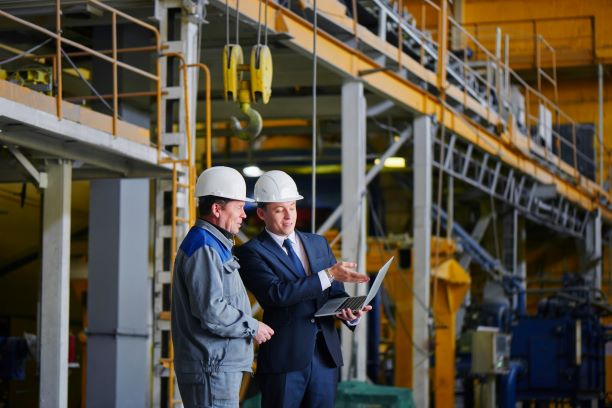 RDEC is a UK-government administered R&D Tax Credit incentive that is designed to encourage investment in innovation within the private sector. The scheme is aimed at larger UK companies that are liable for UK Corporation Tax, to help with the costs involved in carrying out eligible R&D (research and development) activities. SMEs (small and medium sized enterprises) usually only take advantage of the SME scheme with its more generous rate of relief. However, in some particular cases, SMEs are barred from applying for R&D Tax Credits under this scheme, so must use the RDEC branch instead.

Generally speaking, a company that is large enough to apply for R&D tax relief under the RDEC scheme will meet the following criteria:

What is RDEC tax relief worth?

Companies claiming R&D tax relief via the RDEC scheme can expect a credit worth 12% of any eligible R&D expenditure. The credit is taxable at the usual rate of Corporation Tax (19%), effectively meaning the relief is as much as 10p for every £1 spent on applicable R&D work.

The benefit can be shown ‘above the line’ (ATL), meaning it is displayed as income in your accounts. The credit is offset against the company’s liability for Corporation Tax or in some cases can be paid in cash.

What are the benefits of the RDEC scheme?

RDEC payments are included in a company’s above-the-line section of their income statement (also referred to as the profit-and-loss account). This provides a positive indication of a company’s profitability, which in turn can impact on its investment decisions regarding R&D.

Since RDEC is not related to the company’s general tax position, the benefit due can be far simpler to forecast. This offers a lot more stability, making it easier for larger companies to factor the relief into their strategies for growth moving forward.

Unlike the previous larger company scheme (which ceased to exist from April 2016), RDEC is also open to loss-making companies, not just ones that are making a profit.

What is the RDEC rate?

The RDEC rate currently stands at 12%. However, because it is paid net of Corporation Tax, the RDEC effective rate a company receives is worth 10p for every £1 of R&D expenditure.

The rate used to be 11% but it was increased as part of the Autumn Budget 2017. It’s the second rate increase since the RDEC scheme was launched in April 2013. It’s good news for companies taking advantage of the incentive, especially as they have benefited already from an increase in generosity when the new reduced rate of Corporation Tax (19%) came into effect on the 1st April 2017.

RDEC adheres to the guidelines set out by the Department for Business, Innovation and Skills to make clear which activities are classed as eligible R&D. These are often known as the ‘BIS guidelines’ and are applicable to both the SME and RDEC R&D tax relief schemes alike. What qualifies for R&D Tax Credits is purposefully broad and applies to all business regardless of their sector.

The point to note is that qualifying activities generally involve a company taking a risk by seeking to solve a specific technological or scientific uncertainty. So if your business is developing new products, services or processes (or modifying existing ones) then it’s likely the work will qualify for R&D Tax Credits.

How your RDEC credit will be received

It is intended that both loss-making and profit-making companies claiming R&D tax relief via RDEC are treated equally. This means that the credit will be offered net of tax.

This area can potentially become complex very quickly, and every company’s circumstances are different. This is why we strongly recommend using the services of an experienced firm of R&D tax relief professionals such as ourselves, to make sure you’re clear on how to make an application under the RDEC scheme and how the relief will be offered.

The RDEC regime legislation was put together so that it could be accounted for in profit-before-tax (PBT), instead of being part of the tax charge/(credit), which effectively makes it more visible. Additionally, many companies monitor performance based on PBT, so accounting for RDEC in this way means it’s more likely to influence any company decisions.

For the purposes of accounting, gross credit can be reconciled above-the-line in the company’s income statement (it usually shows as ‘other income’). It doesn’t have to be done this way however, and the precise accountancy treatment can depend on a range of factors. These can be things like when you compile your RDEC claim compared to when you file your accounts, as well as the methods used to arrive at your RDEC figures. The credit itself is considered as taxable income, irrespective of where in the accounts it is shown. Again, we would be pleased to advise on this.

To discuss how our team of R&D specialists and chartered tax advisers can help your business with its RDEC claim, please feel free to get in touch. Whether you would like assistance in getting started, want to plan a future claim or simply have a burning question and need advice, we’re here to help.

How to Make an RDEC Claim in 7 Easy Steps

Since the year 2000, the UK government has offered R&D Tax Credits as an incentive to promote private sector investment in innovation.

The Chancellor Launches 3 New Initiatives for FinTech…But Are They Enough?

During FinTech Week Rishi Sunak, set out three proposals to enhance the UK’s FinTech industry. What are they and what do they mean for FinTech?

If an organisation is carrying out R&D work, it may be able to claim R&D Tax Credits using one of two branches of the scheme.