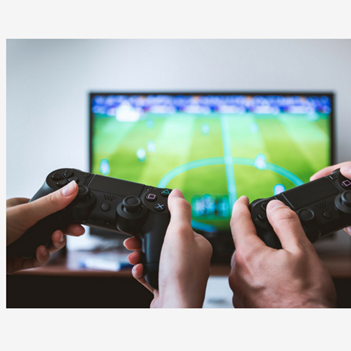 The Video Games Tax Relief (VGTR) scheme was originally launched in March 2010, although at that time only ran for 3 months.  The government received a significant amount of backlash from the gaming industry after the cancellation of VGTR and thanks to some heavy lobbying by interest groups, the scheme was subsequently revived in 2013 with applications being accepted from April 2014.

With a five year tenure in place, the VGTR scheme was set to go out of commission in April 2018. However as soon confirmation from the Europe Commission was received that VGTR was being extended till April 2023, the news was met with great optimism by both developers and executives in the video games industry. There is a general consensus in the gaming market that Video Games Tax Relief will continue to promote investment, job creation and business growth in the UK’s highly technology, high skills, export focused industry.

Associations such as UKIE and TIGA have regularly stated that Video Games Tax Relief is based on three major criteria. Primarily, it enables the UK video games industry to thrive on a more level playing field against our foreign competitors who profit from similar methods of relief. Secondly, the Relief encourages the production of traditionally British video games. Lastly, the Relief stimulates economic development: in the three years before Video Games Tax Relief was introduced, the UK’s title growth percentage deteriorated on average by 3.6 per cent every year. In the four years after the announcement, it grew on average by 7.1 percent each year.

Video Games Tax Relief enables developers in the UK gaming industry to claim back beneficial tax credits against the cost of producing games.  To qualify for VGTR, video games must be certified as British by means of a cultural test administered by the British Film Institute (BFI).  Any company registered for corporation tax may apply for VGTR by completing some additional boxes on the Company Tax Return and submitting their claim to the HRMC Creative Unit in Manchester.  A company can claim back up to 20% of their eligible UK and EEA production costs.

How Myriad Associates can help

Myriad Associates are leading experts in helping british game developers obtain their full entitlement to Video Games Tax Relief. They can help with all aspect of the claim process, such as preparing the BFI application, preparing cost schedules and submitting the claim to the HMRC Creative Unit.  If you would like to discuss any aspect of VGTR please contact us today for a free, no-obligation consultation. We look forward to hearing from you.