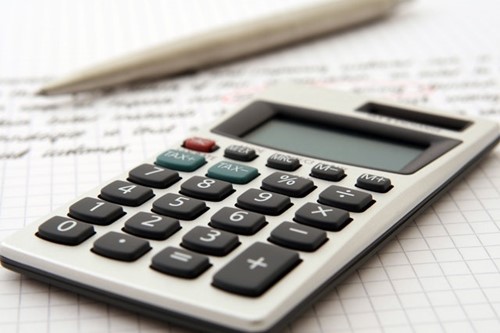 During the Autumn Budget of October 2018, the Government unveiled a set of proposed changes to the amount of R&D Tax Credit SMEs can claim, the main one being the introduction of a cap. A consultation on these changes called “Preventing abuse of the R&D tax relief for SMEs” was then launched and ran until the 24th May 2019 which looked to seek feedback.

What is the proposed cap?

The cap which was proposed will be applied to the payable tax credit an SME can claim, with a maximum of three times the company’s NICs and PAYE liabilities. Responses were primarily sought on how the cap can be used to help prevent abuse without harming genuine business claims.

A popular and well-received scheme across companies in a range of sectors, R&D Tax Credits were launched by the UK government in the year 2000 for SMEs and 2002 for larger organisations. They are designed to offer financial support for innovative activities in the research and development spheres. The SME scheme is an especially generous one in that it provides either a discount in a company’s Corporation Tax or as a tax credit (payable lump sum) for enterprises that are making a loss. This lump sum tax credit option is great for SMEs as it means they can claim a payment up to the value of 14.5% of the R&D element of their losses. The additional rate of tax relief under the SME scheme has also been boosted to 130%, meaning that once the normal corporation tax deduction has been taken into account, R&D tax relief can effectively reduce the cost of R&D by as much as 44% for a profit-making SME and 33% for SMEs that are loss-making.

However, because this tax credit effectively provides a lump sum payment to the business courtesy of HMRC, the government noted back in October 2018 that the tax credit scheme has become vulnerable to abuse. With cases of such abuse on the rise, the proposed cap is based on an organisation’s total National Insurance Contributions (NICs) and Pay As You Earn (PAYE) liability in any 12 month period. This will help stop abuse in that businesses acting fraudulently (and those where UK-based R&D projects amount to basically just taking the payable credit) usually do not employ a lot of staff or pay NICs and PAYE.

The proposed cap will take effect for accounting periods beginning on or after 1st April 2020. However, the trick for the government is to apply the cap and catch the bad guys whilst minimising any negative effect on genuine cases.

Although the cap coming into effect next year is by enlarge a positive move, there will likely be an increased administrative burden for companies. With this in mind, the government is currently considering only applying the cap to payable tax credit applications above a particular threshold. This means that the smallest claims would not be affected, therefore cutting down the administrative burden. However, whether this threshold has been met would be measured on a group basis, rather than an individual company basis.

To allow businesses to maximise the amount of payable tax credit they can claim, the government is looking to include some of the NICs and PAYE liabilities of other companies that are partnered or connected in the calculation of the cap. In other worlds, connected parties or groups related to the company - that also pay NICs and PAYE - could be included. The government may also include an element of the NICs and PAYE contributions of workers undergoing R&D activities which have been subcontracted by the company to its connected party or group too. This is not yet written in stone though.

As part of the consultation, the government also considered allowing payable credits to be carried forward. If the payable tax credit of a business is limited by the cap, it should still be able to receive a payable tax credit up to the cap’s limit before carrying forward any unused losses against future profits in the usual way. However, the government is also looking at allowing the businesses affected by the limit to gain access to their remaining payable tax credit when they have made enough NICs and PAYE payments in a future tax year. Where losses that are potentially surrenderable are not able to be redeemed for a payable tax credit (due to the cap), such losses would still be potentially surrenderable, to the extent that they are carried forward. These “carried forward” losses can be used as they would normally be used in accounting periods that follow. However, businesses would also have the chance to surrender them in exchange for a payable tax credit for a limited period of two years (as long as sufficient NICs and PAYE liabilities for the current year have been met).

Finally, although the proposed R&D Tax Credit cap is intended to stop abuse in its tracks, the government is aware that some genuine businesses may still be adversely affected. These could be SMEs that currently pay low amounts of NICs/PAYE relative to the amount they spend on R&D for example, either because the company is very new or because of its particular business model. As these genuine businesses are not the intended targets of the cap, the government has vowed to work with stakeholders to make any legislative changes needed, so that legitimate companies and business models can be protected as much as possible, whilst of course identifying those which are acting dishonestly.

The consultation attracted a large amount of response from companies across the UK which were reviewed and collated, although at the time of writing they are yet to be published on the Gov.uk’s consultation page.

As mentioned, the cap will be in effect for accounting periods that begin on or after 1st April 2020.

Wondering whether your company qualifies for R&D Tax Credits?

Speak to the specialist team at Myriad Associates today and we can help you to decide whether your business meets the relevant criteria and whether any credits can be applied for the R&D projects you’ve undertaken. Simply call 0207 118 6045 or use our contact us page – we’ll be pleased to assist you.

Vegan and non-vegan: Can you taste the difference?

Veganism is a trend that’s growing fast. It’s one which retailers and food manufacturers should ignore at their peril.

Research and development can be expensive. But as more and more companies realise the very generous tax reliefs available to help, claims have been steadily increasing. The stats are out - here we take a look.

R&D Tax Credits: Subcontractor and EPW rules are changing - will you be affected?

Subcontractor R&D Tax Credit rules are being reviewed. If your company subcontracts its R&D activities - particularly abroad - then this is for you.