What Are The R&D Challenges Faced By App Development Companies?

A year after the first iPhone was launched on to the market, the Apple App Store was unveiled back in July 2008. For many it was a brand new and exciting step forward (even though there were just 500 apps on offer), and during that first weekend alone 10 million apps were downloaded. It was the dawning of a new technological era that’s still very much alive and kicking.

With smartphones now the default standard of mobile communications technology, more and more investment is being made to meet surging demand.  App development companies are at the forefront of this, constantly looking to create the next big thing.

With so many apps available, from lifestyle and social media to practical apps and gaming, you might think that working in this industry is easy. Unfortunately however, mobile app developers must overcome a huge variety of challenges in their quest for innovation - and here we look at just some of them. 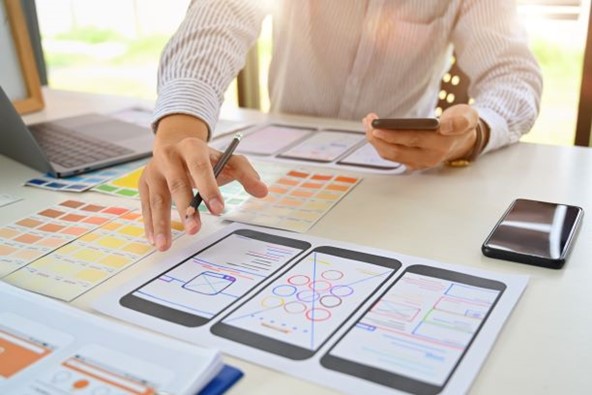 Standing out in the crowd

With more than a million apps having been submitted to the Apple and Google app stores in the last few years alone, it’s harder than ever to make one that really stands out. Even if an app is ‘good’ it doesn’t necessarily follow that it’ll be super successful. Indeed, even very popular apps can simply be a flash in the pan; the test is their longevity, as longevity produces profit.

So many apps mean it’s a cut throat market. Developers need to be clear about what their users want, and what they’re trying to achieve. They also need to understand their target market, and work out when is best to launch an app (for example, there’s no point in launching a Christmas-related app in March). It’s about finding the perfect formula that gives the app a uniqueness, and a defined USP. Market analysis should also be carried out to understand the intended audience, and what audience demands are likely to be.

Nowadays, online security is a top priority and apps are no exception. One security breach can lose an app its credibility and bring it down for good. Although good levels of security are likely to be costly, this is an area of app development that requires ongoing investment. After all, the cost of getting security wrong are likely to be many times higher, and prevention is better than cure.

Screen size and device compatibility are two big hurdles that app companies need to address. To give users the very best experience, the app must look perfect on any device and be compatible with the huge number of makes and models now available. Choosing the right OS is very important too, and developers need to thoroughly research the different elements and frameworks to get it right first time. It’s not just about smartphones either; apps need to work on a range of modern devices including tablets and smart watches. For this reason, it’s essential to pay close attention to details such as pixel densities, sizes and screen resolution.

It’s all very well to have a brilliant app idea, but taking it from a rough design to a fully marketable product is likely to be expensive. Companies will therefore require a decent amount of capital behind them, plus the ability to meet ongoing development costs as they arise. Achieving this capital in the first place, as well as how to maintain investor interest going forward, is something app development companies will need to consider carefully.

The good news is that there are several ways finances can be boosted. Besides investors, companies may be able to raise money from loans, family members or other lines of credit. Joint venture companies may also get on board, and some companies in the past have even raised cash through crowdfunding.

Don’t forget there are a number of government-backed reliefs to help with the costs involved too. These include R&D Tax Credits, R&D Grants and Video Games Tax Relief (VGTR). All of these can be worth some serious cash, so we highly recommend clicking the links and discovering more.

Controlling the distribution of the app

Distributing the new app can pose a problem for developers, due to the fact they there is very limited control over it. At present, nearly half of app publishers use one or more distribution platforms besides the Apple App Store or Google Play, and nearly one-third don’t use either. If a device is due to come pre-loaded with a specific app, many carriers expect full distribution control. This means that in order for software to be loaded onto a device, the approval of several carriers will be required. Developers will also therefore need to ensure that their apps work seamlessly on the many different hardware configurations and software platforms available.

As mentioned, it’s not just screen sizes and resolutions that can be a headache for app developers either - there’s Operating Systems to consider too. Each of the three main ones (Windows, Android and iOS) have their own sets of UI patterns and objects. This makes bug fixing a very necessary - and frequent - occurrence. Developers will also need to release a beta version of the app to develop on later when updates are required.

Talk to the experts at Myriad Associates

Developing and marketing a brand new app takes time, skill and financial investment. As research and development (R&D) specialists, we have worked with many software companies looking to fund expansion and launch new products.

If you would like to speak to us about anything discussed here or you wish to ask about R&D tax relief in general, Myriad Associates can help. Based in the UK, we are a team of highly skilled R&D accounting professionals and can work with you to find an R&D tax relief solution to suit.

This post was written by Barrie Dowsett who is Chief Executive Officer at Myriad Associates. Click here to read more about Barrie and the Myriad team. Barrie Dowsett

Please contact us to discuss how working with Myriad Associates can maximise and secure R&D funding opportunities for your business.