Myriad Associates is the UK's leading Video Games Tax Relief specialist with a 100% success record delivering VGTR claims on behalf of UK gaming companies. With our VGTR expertise and unique set of templates, we deliver maximised VGTR claims quickly and without fuss.

What are the main conditions of Video Games Tax Relief? 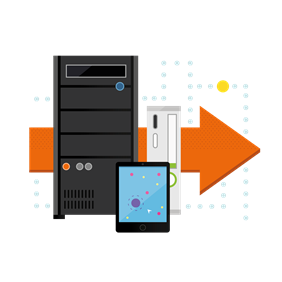 To be eligible for Video Games Tax Relief, your company must be responsible for the majority of the planning, designing, developing, testing and producing of a game. This company will be called the Video Games Development Company (VGDC).  At least 25% of your eligible costs must be incurred in the European Economic Area.

If two or more companies are working on the same game, only one may claim for VGTR. Therefore it’s important to establish which company is the Video Games Development Company (VGDC) and will be making the claim.

What devices are eligible for Video Games Tax Relief?

A computer game developed for any platform can be claimed, this includes:

What is the video games cultural test? The British Film Institute (BFI) is responsible for assessing applications for British video game certification. A Video Game Development Company (VGDC) needs to make an online application for each computer game that they would like certifying as a British video game. You can apply for an interim certificate if the game is still under development or has not been started and a final certificate once it has been completed and made available to the public. A copy of the final video game will be reviewed by BFI before issuing a final certificate.

An Accountants report is required if an application for a final certificate relies upon points in Section C and/or Section D of the cultural test.  The Accountant Report must be prepared by a person who is eligible for appointment as a company auditor under Section 1212 of the Companies Act 2006.

Myriad’s service has been fantastic. Highly recommended for any game developers looking to claim VGTR without wasting time on all the paper work! Much better than other competitors!"

How much is Video Games Tax Relief worth

What are the current Video Games Tax Relief rates?

Video Games Tax Relief is claimed as part of the Company Tax Return (CT600) that is filed with HMRC.  You need to produce a profit and loss account for each video game as it needs to be reported to HMRC as a separate trade.  The HMRC rules for Video Games Tax Relief (VGTR) sets out a consistent approach to calculating taxable profits of VGDCs which applies regardless of whether or not VGTR is claimed in respect of a video game. This approach is important when considering relief for losses.  There are special provisions which restrict the ways in which losses arising from a video game development trade can be used and this will vary depending on whether or not the video game has been completed and the trade has ceased.

Having a good understanding of the BFI Cultural Test guidance and HMRC Video Games Tax Relief manuals will ensure that you claim your full entitlement.  It will also allow you to make a more informed decision on what games to produce and what country the production costs originate from.

We recommend that you consider setting up Special Purpose Vehicles (SPVs) for each game (subject to budgeted costs being reasonably substantial).  The SPV will allow you to accurately allocate costs and revenue which will make the HMRC reporting aspects more simple. It will also allow you to maximise the Video Game Tax Relief as for loss-making games (after the additional relief) you can surrender the loss for a payable tax credit at a rate of 25%.

Can Myriad Associates get you more relief?

By profiting from our specialist knowledge and experience, you can be sure of maximising your VGTR claim. From past experience, Myriad Associates have been able to submit VGTR claims that are much higher than in-house prepared claims or those filed by generalist accountants.

Ask us a question

How Myriad Associates can help

As the leading experts in tax relief for UK game developers, Myriad Associates are your best choice for supporting an application for Video Games Tax Relief.

Myriad Associates can guide you through the BFI cultural test and ensure that your VGTR claim is secured and fully maximised.  We have developed a set of templates that the process of analysing revenue and costs for each game (trade) and at the same time ensures that you comply with the BFI and HMRC complex reporting requirements.

We identify all eligible VGTR games

We complete your BFI applications

We prepare the HMRC tax computations

We make sure your claim is maximised

We work with BFI and HMRC to agree your claim

With just two to three hours of your time we&#x27;ll take care of your claim from start to finish

You can apply for both Video Games Tax Relief and R&D Tax Credits. However, you may only claim a given project cost against one of these schemes, not both. In certain cases you can maximise your overall tax relief by applying to both schemes, claiming specific costs against one scheme or the other on a project-by-project basis.

By studying your projects and assessing the costs, Myriad Associates can establish which project costs to claim under which scheme, providing the ideal formula to maximise your tax relief.

We engaged Myriad Associates because of their expertise and knowledge when it comes to claiming R&D Tax Relief. This is a very complex area of tax law and we felt that it would be best to get guidance from the experts"

What is the difference between a Letter of Comfort, Interim Certificate and Final Certificate

Applicants who are not ready to make a full application (information may be incomplete or missing a signed declaration) can submit a draft application and receive a letter of comfort that the video game should pass the Cultural Test.  This letter of comfort cannot be used to submit a claim to HMRC but may reassure the applicant with their plans and help with financing.

An interim certificate will be issued before a video game is completed if the BFI and Department of Culture, Media and Sport (DCMS) are satisfied that the video game passes the Cultural Test based on the proposals set out in the application.

A final British video game certificate will only be issued after the video game is completed. Applications for a final certificate should therefore not be submitted prior to completion of a video game.  A video game is considered completed when it is first in a form in which it can reasonably be regarded as ready for copies of it to be made available to the general public.

The typical cost of an Accountants Report is between £500 and £2,000 per application.  The cost will vary dependent on video game costs and number of applications being submitted.

What is a BFI Statutory Declaration

The Cultural Test (Video Games) Regulations 2014 require the applicant to make a statutory declaration as to the truth of the particulars given in the application.

How is eligible video games expenditure apportioned across multiple games

The amount of Video Games Tax Relief (VGTR) to which a Video Games Development Company (VGDC) is entitled in respect of a video game trade is determined by the amount of core expenditure which is also European Economic Area (EEA) expenditure.

Where a video game is partly produced in the EEA and partly outside of the EEA it will follow that some goods and services may be non-EEA. In such cases, it will be necessary to make an apportionment of the relevant core expenditure between EEA and non-EEA expenditure.

This applies in the case of goods and services provided throughout core expenditure stages. That is, it applies to expenditure incurred during pre-development, production and post-development.

The method for making an apportionment is not fixed and can be determined on a case by case basis. The key criterion is that it must be done on a fair and reasonable basis.

This R&D tax credits calculator estimates the amount of corporation tax savings you may be entitled to by making a claim for R&D tax relief.

What our clients say

For free and friendly advice, please call Myriad Associates on 01858 776 045 at any time and without obligation. Alternatively, please email us below.