In recent years the UK government has recognised how vital the creative sector is to the economy and has started to offer help in the form of various tax reliefs and incentives. This is welcomed by businesses that operate in the industry, and the R&D Tax Credit scheme in particular has become very popular.

What is the R&D Tax Credit scheme?

R&D Tax Credits were launched by the UK government in the year 2000. Open to any company of any size in any sector, the scheme works by encouraging business innovation and growth by helping with the costs. This is achieved either via a reduction in a company’s Corporation Tax bill, or a cash credit. 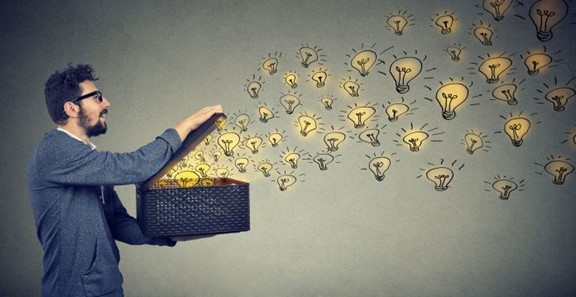 Tax relief with regards to film production has always been a very good way of leveraging extra commercial investment in UK film activities. They are solely payable for British films and only apply to money spent on production in the UK.

As mentioned, creative sector tax relief works by enabling additional deductions for eligible films (or other productions that qualify), thus reducing Corporation Tax. In certain circumstances, for example if the company is very new or is unprofitable, businesses can claim a lump sum payment from HMRC instead of such a reduction. Creative sector tax credits are structured around Corporation Tax, so can only be paid to companies that have a Corporation Tax liability. For this reason, they cannot apply to partnerships or individuals.

What other creative sector reliefs are available?

There are several forms of tax relief that work alongside R&D Tax Credits in helping businesses in the creative sector to innovate. These include:

Although they work slightly differently from each other, the ideas behind them are very similar.

Like R&D Tax Credits, theatre tax relief was designed to encourage commercial investment in theatre by making commercial productions financially more viable. Undoubtedly it has made investments here more attractive, especially as commercial production companies often regard theatre tax relief claims as part of the income of the production. This is then used to recoup the money spent on investment before being split with the producers themselves as part of the profits. Theatre tax relief in effect serves to guarantee a minimum level of income regardless of ticket sales, which investors are in favour of as it helps ensure profits.

When it was launched, theatre tax relief represented a notable shift from previous offerings in a couple of significant ways.

First, what definitively qualifies as applicable performance content is very broad and there is no cultural test either. This is because the relief is structured as a “de minimis” provision of the EU state aid rules, so it does not need to be periodically extended by the EU (although with Brexit looming this may not matter anyway).

Secondly, subsidised companies and smaller claims can now be made more simply, meaning less staff time and money needing to be spent on applying. Additionally, HMRC now allows subsidised theatre companies that aren’t looking to claim through the main company (which is often a registered charity), to do so via a subsidiary company. A helpful and welcome move, it means that many companies can now submit claims themselves independently.

The introduction of this relief was a significant step forward given that most claims are not likely to be from commercial companies but from not-for-profit organisations instead. The narrative behind the relief appears to have shifted from simply recognising the need for assistance to actually offering the kind of support that will very likely create additional activity.

Orchestra tax relief claims are submitted on a performance-by-performance basis. Again there is no cultural test but the performances themselves must involve instrumentalists in a group. Bands will also qualify as long as there are 12 instrumentalists or more, and the instruments must not - by enlarge - be electronically amplified.

This means that in principle, to make a claim the orchestra would have to submit income details and expenditure figures for every performance. However, in practice, orchestras are allowed to submit groups of performances in just one claim. The term ‘orchestra’ can also apply to not just traditional orchestras but brass bands too, as well as folk and jazz performances. However, again no instruments involved should be amplified.

The museums and galleries tax relief which was also unveiled in 2017 offers support to exhibitions that are temporary or touring. To qualify, they must visit more than one site or must not stay at the same site for more than 12 months. The relief itself specifically applies to money that has been spent in designing and building the exhibition, not on any ongoing costs.

What actually qualifies as an “exhibition” is still often unclear and guidelines are frequently updated. The intention looks to be that this relief is applicable only to conventional gallery or museum space instead of site-specific exhibitions. This however is likely to change in the coming months and years, so isn’t necessarily set in stone. What is particularly interesting though is that the relief is aimed only at not-for-profit galleries and museums, which is at the opposite end of the spectrum to the other tax reliefs we’ve looked at for film production and theatre.

As always, it is recommended that creative sector companies looking to claim tax relief seek professional guidance before putting together an application. This could save a lot of time and money in the long run.

Any video game that is intended to be supplied to the public can be the subject of a claim, as long as it meets the requirements of the Cultural Test as prescribed by the British Film Institute. If successful, a certificate will then be issued by the Department for Digital Culture Media & Sport (DCMS).

The other key piece of criteria is that a minimum of 25% of the total “core” expenditure on the video game’s development must have taken place inside the European Economic Area (EEA).

At Myriad Associates, we have years of experience in assisting both businesses and accountants with all aspects of VGTR and other R&D tax reliefs. During that time we’ve learned a great deal, especially ways in which studios can maximise the value of their VGTR claim.

Take a look at our six top tips: https://www.myriadassociates.com/news/2019/six-ways-to-make-the-most-of-video-games-tax-relief/

Need further advice about tax relief for innovation in the creative sector?

Myriad Associates is a leading specialist advisor in UK Video Games Tax Relief with years of experience behind us. We have delivered hundreds of VGTR claims on behalf of a massive range of UK gaming organisations, and are proud of our 100% success record. With our unique set of VGTR templates and broad expertise, we will support you in maximising your VGTR claim in a quick and hassle-free manner.

Why Reach Out To An R&D Tax And Funding Consultancy?

When it comes to putting together an accurate, fully optimised R&D Tax Credit claim, you’ll need a trusted, competent R&D consultancy on your side.

March 2021 Budget: An Update For Businesses

Chancellor Rishi Sunak has laid out his economic plans for the next twelve months with a range of additional business support measures.

Myriad Associates welcomes Chancellor Rishi Sunak’s Spring Budget as it recognises the importance of R&D in the country’s efforts to bounce back from the pandemic.